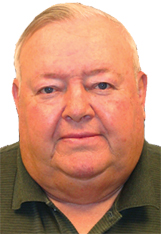 Loring E. Barr is retiring from the Hardy Telecommunications Board of Directors after 42 years of service. Mr. Barr has been serving as the board representative for South Fork serving area 1 since 1978. He chose not to run for re-election this year, meaning his term ends when the new elected representative from that area, Ward A. Malcolm II, officially takes office after Hardy’s Annual Meeting on November 5.

“It’s incredible to think about how much has changed with Hardy Telecommunications and in our industry during Loring’s watch,” said Hardy General Manager Scott Sherman. “We’ve gone from strictly a telephone company to a leading provider of broadband and television with Hardy County’s only fiber-to-the-home network. We’re known throughout the state of West Virginia.

“On behalf of all of us at our cooperative, both employees and members, I thank Loring for everything he has given to Hardy Telecommunications, and we wish him well,” he said.