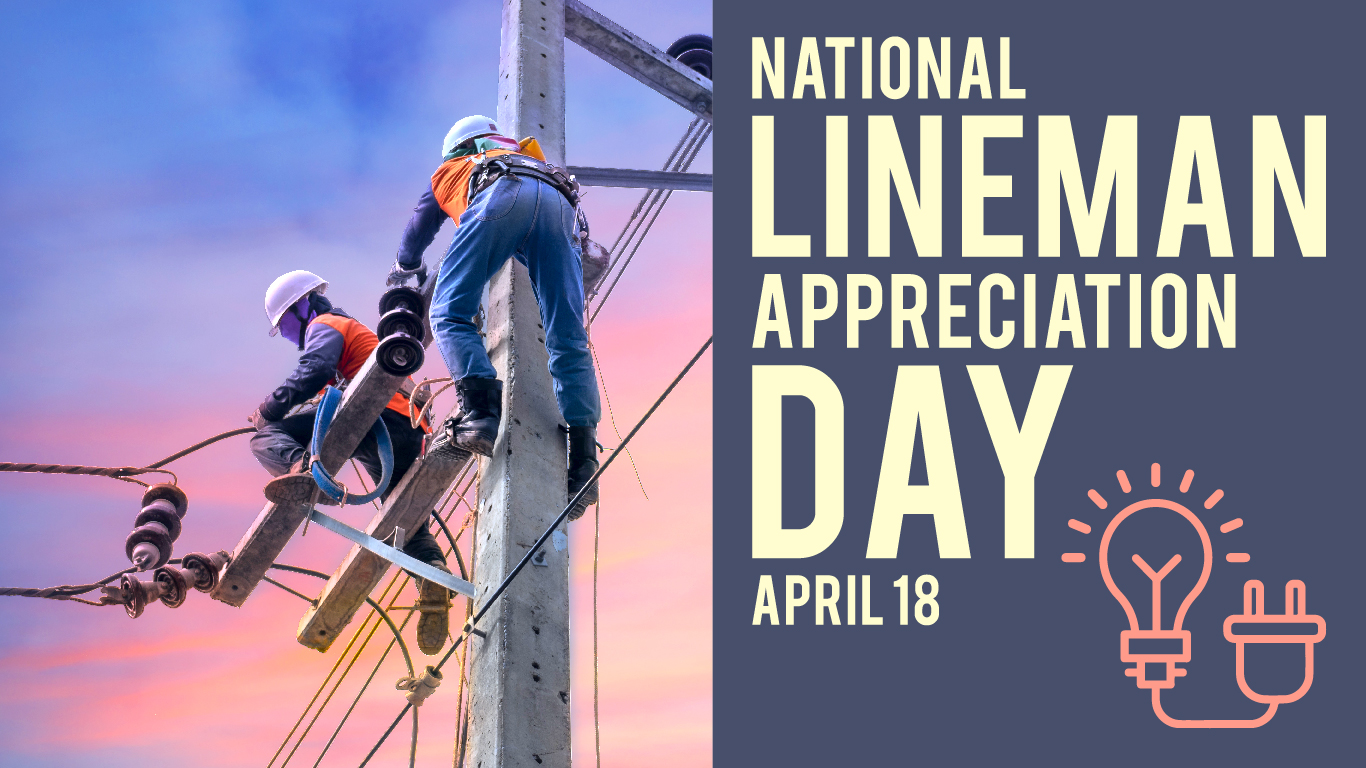 When Superstorm Sandy hit the United States in late October 2012, more than 6 million people in 15 states and the District of Columbia lost power, some for weeks. And, while police, firefighters, and other emergency workers came to the nation’s aid, the real unsung heroes of the recovery were the linemen. These brave men and women not only worked tirelessly for 16 hours a day to restore power and phone lines, they helped FEMA clear roads, remove debris, pull up fallen trees, and of course climb poles to rehang fallen lines – one of the most dangerous jobs in the world. In honor of their service, Congress named April 18th National Lineman Appreciation Day. So, if you see a lineman climbing a pole, give a wave and thank them for their tireless, and critical, work!